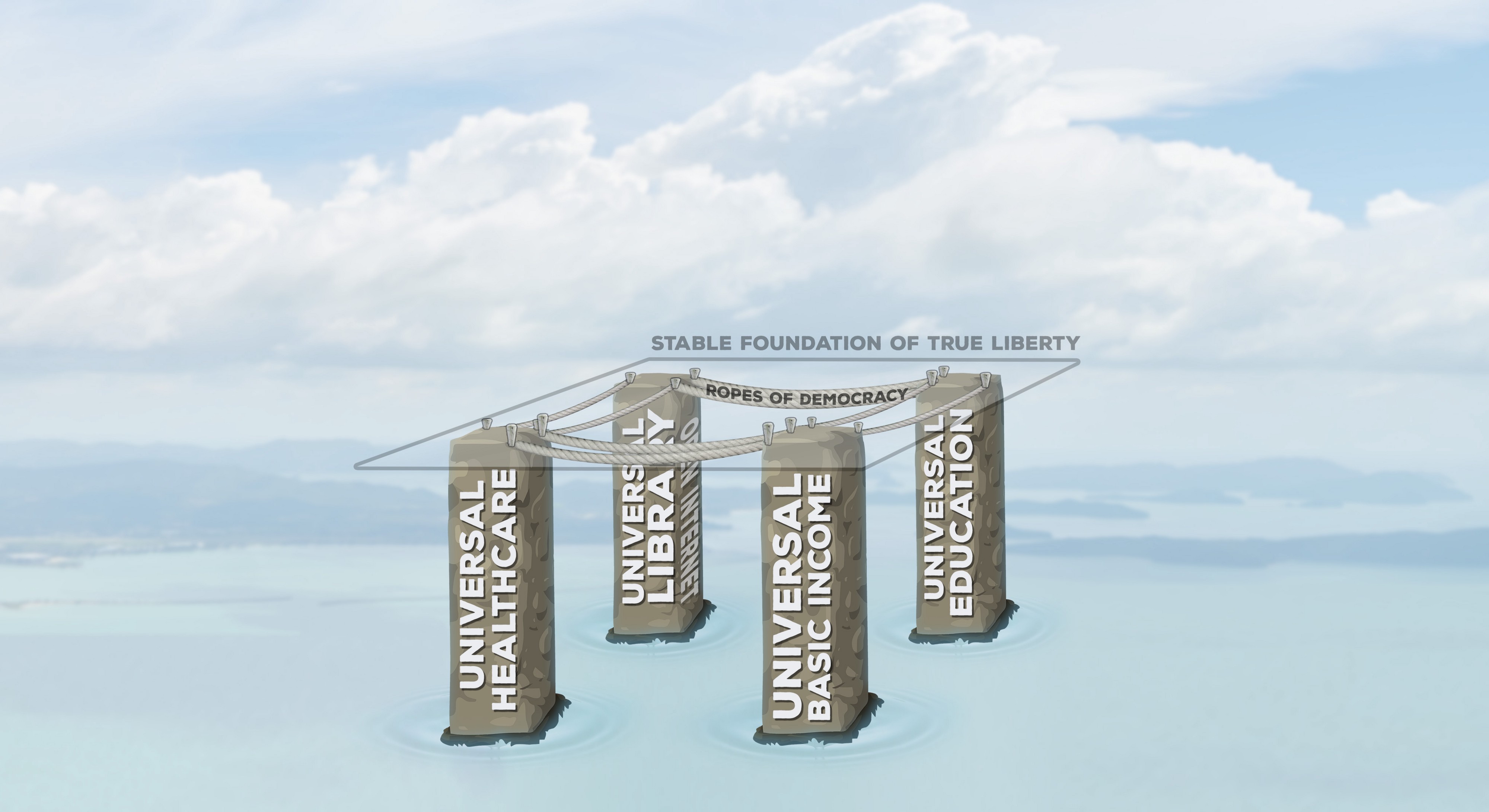 Democracy is fragile. If just one foundation is missing, the ropes of democracy can stretch, weaken, and break.

If we want real stability and real progress we must put in place the four foundations everywhere on Earth.

What are the four foundations of true liberty?

Why are these four foundations so important?

Feedback-loops that benefit everyone, instead of just a few.

All of these are connected, related, and help each other. They give people more time.

The universal library (internet) speeds learning and understanding through access to education. A basic income allows people time to leverage what they learn through education (participation), which is amplified through online access. Good health and nutrition allows people the time to innovate and focus on education, knowledge, personal health, familial and communal health, and further innovations.

The four of these create resonant feedback-loops that benefit everyone on Earth as new knowledge and innovations for improving quality of life and living standards are created and shared across the globe.

There is no limit to knowledge; it has no bounds. Positive accurate information = constant progress.

Any limit to ‘knowledge itself’ would be self-imposed, such as purposeful destruction (of which we have seen in the past).

Liberty is defined as: “the condition of being free from restriction or control. The right and power to act, believe, or express oneself in a manner of one’s own choosing. The condition of being physically and legally free from confinement, servitude, or forced labor.” In other words, the combination of these four foundations is the closest we may ever get to true liberty.

Democracy is defined as: “Government by the people, exercised either directly or through elected representatives. A political or social unit that has such a government. The common people, considered as the primary source of political power.” — Crucially, the definition of democracy does not require an elected (representative) government. In other words, the combination of these four foundations is the closest we may ever get to “people power” or true democracy.

Since all of them are connected and help each other, they all push back against regression, oppression, crime, authoritarianism, and extremism.

With these foundations, people become acutely aware of those (and the methods of those) that seek to diminish liberty and democracy.

They are also more aware of (and have time to investigate) what causes degradations of health, and the degradation of the environment and its ecosystems. With these foundations, people have more awareness of the interconnectedness of all people and our impacts upon the environment.

When people are living in good health, they have more time to participate with others. Social cohesion increases, families are stronger, cooperation and harmony increase, and they have more time and energy to make sure that which seeks to corrupt and destroy [democracy, liberty, stability, and our planet] is diminished.

What happens if one foundation is missing?

Democracy is fragile and requires constant upkeep. The danger of continuing without a proper foundation is vastly underestimated.

Our common goal of creating a more humane world with a better quality of life and freedom for all, can (and is being) undermined.

There is a constant selfish mentality that is working quickly by attempting to take power away from the people and place it into the hands of a few. These few are almost always social darwinists that believe human society is (and must be) dog-eat-dog and a “survival of the fittest.” They almost always want to slim and curtail essential public services through austerity in their own self-interested (usually monetary) benefit. Whether unintentional or not, they leverage language, ideology, platforms, and even traditions to deviously avoid being detected.

Underneath many aspects of neoliberalism is social darwinist mentality.

Underneath many aspects of conservatism, right-wing extremism, and fundamentalist religions, is social darwinist mentality.

I have talked about social darwinism in several of my previous writings.

If one foundation is degraded or diminished, society becomes less effective in investigating and dissolving corruption and oppression.

Cycles between regression and oppression versus progress and liberty will repeat, or… entropy will win and violent revolution will be forced. That’s mainly because people have less time — for health, education, civic action, and more.

Some of the most well known people on Earth have come out in support of UBI and now …we all must too.

The idea of UBI may itself be simple: to raise everyone up out of poverty by creating a foundational income floor, but the implications of UBI, or better worded, the implications of continuing without a foundational income floor for all, are not just about the necessary cost of upkeep for Democracy and Liberty, nor only the basic survival of individuals… but it is a requirement of maintaining true liberty and true democracy as the effective cure for widespread selfish, sadistic, social darwinism.

For this reason UBI is about the long-term survival of humanity, too.

The mental and ideological virus that is social darwinism is far more dangerous than any weapon of mass destruction ever created, as it has the potential to slide into mass-genocide on a global scale even as the looming crisis of global heat-death continues unchallenged while the majority of us are sapped for time.

People who invest in zero-sum schemes, thinking it will enforce social darwinism, only seek to prolong a more unnecessarily ruthless world for their own selfish benefit.

The rude awaking for them is that, much like the arc of the moral universe, the train of progress always chugs forward and can never be derailed, only delayed. Trying to stop the drive of positive humane progress is like running against a constantly accelerating treadmill. Those that continue to do so only seek to delay the betterment of humanity for their own selfish benefit.

Picture a two-person bench that usually has four legs. Except it is broken. It is now also missing two of the legs … making it extremely unstable. You can’t remove all the legs in order to fix it, it wouldn’t even be a bench anymore, just a plank. You could sit on it without any legs, but then you’d be on the ground, maybe in the water, defeating the purpose.

You can’t fix the two-legged bench by moving around one leg to prop up the other side of it. It will still be unstable and you’d probably slide dangerously to one side toward the bottom or it would rock back and forth depending on which side you put the other leg.

Let’s say you manage to obtain a third leg, sure it will prop up for awhile, but it would still be dangerously unstable. That’s kind of what things are like right now… we’re missing UBI. The other three legs aren’t nearly as good as they could be, in the US the healthcare leg isn’t really even there for most people.

To really fix the bench, you need to give it four legs, a real foundation. Maybe even some additional brackets for extra support and longevity. To really make the bench stable requires multiple legs, multiple inputs, multiple tools. Thinking any other way, is not thinking big enough and it is not being realistic.

The Framework Analogy — Building up to stability.

Put together, without proper health, education, information, and income… crime, regression, and stress increase, while mental and physical health suffers.

It follows then that income is a crucial enabler of better health, it can lead to better education, it can lead to more access to information, to more opportunity, to less stress… and the studies show it.

Studies like GiveDirectly are showing that simply giving people an income which they did not have before is allowing them to obtain better health, education, and improvements in quality of life and to participate in society.

A Universal Unconditional Basic Income then is the scaffolding or framework for the four foundations. It is the groundwork or initial floor that helps raise the initial beam allowing the others to be built stronger.

The Four Foundations of True Liberty

If we want real stability and real progress we must act to put in place the four foundations everywhere on Earth as soon as possible. 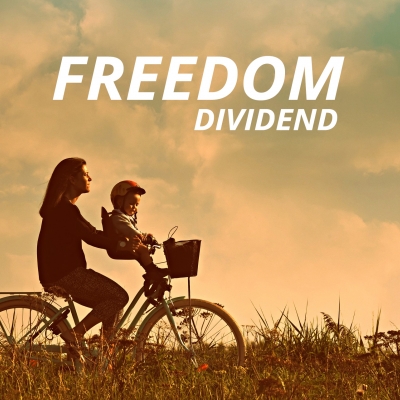 Snapshots of the UBI movement 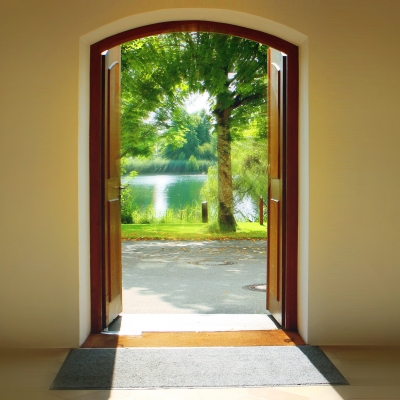